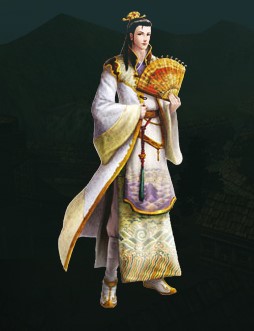 Too many female children, and the rare occurrence of male children has plagued the House of Nangong for many generations. The family faces near-extinction nearly each generation. Many tales of almost comedic proportion have been written on their accord for this oddity: Stories of Nangong girls forced to masquerade as boys, or Nangong boys, who are their sole heirs, being kidnapped for enormous ransom. Nangong Hui, the current leader of The Union of Noble Families, has an interesting past as well.

The story goes that Hui was the only son of eleven children born to succeed Nangong Chan. Chan’s wife and daughters, enjoying their great wealth, and having never held power, nor become desirous of it, continuously spoiled young Hui. Chan himself, who spent little time in the study of martial arts, gave his son little attention.

Then one day, in session with the family fortune teller, Chan was informed that his young twelve-year-old son would one day not only succeed him proudly but would become head of The Union of Noble Families. Chan was beside himself for many days, for Hui knew nothing of Kung Fu, nor would he be a capable teacher. He dared not tell his wife of the prophecy, for risk of her dispelling it. And so, on the evening of Hui’s thirteenth birthday, Chan arranged for his son to be kidnapped.

For three years, the wails and moans of The Nangong women were heard throughout Beijing. During that time, Hui was placed in the care of a retired assassin named Buko, who cruelly trained him in the ways of Kung Fu. At least once per month, Chan would arrange business trips and observe young Hui’s training from afar. When Buko assured Chan that Hui was becoming capable with his chosen weapon, The Fan, Chan decided to visit his son.

Sitting alone, they embraced, and Chan revealed all to his son, begging his forgiveness. Much to his surprise, young Hui thanked his father and asked that he might remain with Buko another year before returning to public view, to complete his martial arts studies. Chan gladly acquiesced to this request. One year later, a ransom letter arrived at the House of Nangong from Buko, demanding his final payment. Chan paid Buko, and Hui was returned safely to his grateful family.

Unfortunately, Chan would never live to see the fortuneteller’s prophecy unfold as pronounced. Ironically, Buko came out of retirement as a commander in the service of The Thunder Emperor. During The War of Nine Dragons, Nangong Hui, now the leader of The Union, unknowingly came to do battle with a war party under Buko’s command. Buko was slain during that engagement by an arrow unleashed by a young boy who was Nangong Hui’s only son.