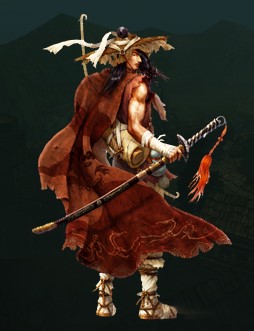 Credited with ending The War of Nine Dragons, The Vagabond is said to have come from a faraway land. His past life is unknown, and his future is unknowable. All that is known is that he is a young man with an old soul, who somehow gained the trust of the leaderships of both Shaolin and Wu-Tang, and that he is skilled in strange ways of Chi Kung and Kung Fu. It is rumored that he was at one time involved in a romantic relationship with Hu Shanshan of The League of Beggars, and his current whereabouts are unknown.