In the absence of their master's cruel guidance, and with their control of several of The Land's territories slipping, the Clan's commanders needed to adjust their hierarchy to spread their master's teachings strategically. Thus, they created the four Roles of Blood Demons, Phantom Demons, Fire Demons and Storm Demons. 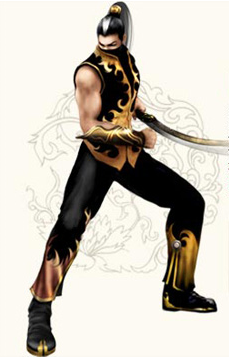 The offense is the only acceptable defense for Blood Demons, who are always the first to rush into battle; so those who fear death in any form cannot become Blood Demons. Blood Demons wield Heavenly Demon’s savage saber techniques and powerful Demonic Confusion Arts.

Because Life is of paramount importance, Constitution is their primary concern. Essence is harder to develop for them, and Wisdom is not as important as other attributes. 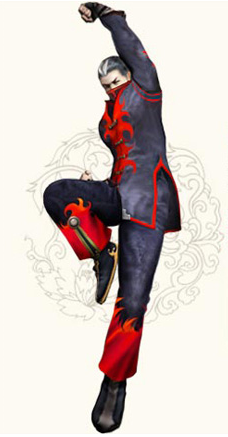 Storm Demons must become proficient in various Chi Kung skills. They utilize protective arts of Demonic Iron and offensive Fiery Palm techniques. These elite soldiers are sometimes called “Terrors of Black Storm” for the damage they've caused in the past. Storm Demons who achieve mastery can reign terror down upon a battlefield. They place emphasis on

Essence and Wisdom. Strength is harder for them to develop, and they are ill-suited to melee combat. 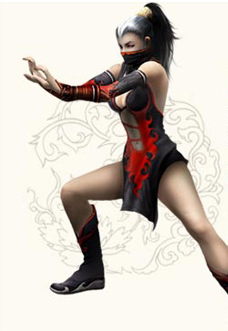 Phantom Demons train many of The Emperor Heavenly Demon's darkest combat skills, including Bloody Hands Technique. Then they supplement their skills in combat with Demonic Madness, which consumes their inner essence to harm an opponent, or Demonic Soul-Siphon, to steal away their Vital Energy.

Essence and Wisdom are key for this role. Constitution is harder to develop for them. 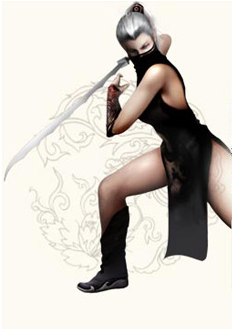 Fire Demons are the most ferocious of Heavenly Demon's disciples. They must be courageous and talented enough to wield each and every technique handed down by the Emperor Heavenly Demon. They desecrate the symbol of Yin and Yang with Heavenly Demon's Sacred Fire.

They emphasize Constitution and Essence and use Kung Fu for offense and Chi Kung for defensive with equal skill. Wisdom is harder for them to develop.